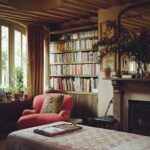 I’ve not written a blog post for nearly five months. It’s not that I haven’t had any thoughts, as I’m sure you’d imagine. I just have been caught up with other life stuff that has diverted me.

I’m going to post a blog about polio and vaccinations but at the moment, I’ll just say this:

I hired two new gardening crews and one has worked out well, but it was a bit of a rocky road for a few months there. And the garden is gradually looking better; I just cannot do it all, or even as much as I did twenty years ago.

We’ve been going out to dinner and lunch with friends outdoors, and testing for Covid before we hang out with people. My husband got it after not following this protocol at an indoor meeting, but we immediately separated in our home, I didn’t get it, and this renewed our resolved to be careful. The process we went through is a blog in itself.

We’ve been to a couple of outdoor concerts. Yay! Old time jazz, and Mozart.

I’ve had a few friends die. I’m okay now, though it was hard; they were pals of 52, 45 and 25 years. One was 90 and one in her 70’s. One had cancer, one had kidney failure and dementia, one had diabetes. I’m thankful to have known them and more concerned about the family and spouses they left behind. Trying to be a friend to those who remain and were closer  to the departeds than I was.

I’ve had some really serious back pain and am in the process of trying to schedule another cortico-steroid shot in my back, my last resort when all my best practices don’t help.

So here I am, back, and I regret not staying in touch.